MOGULS: Louis B. Mayer, Part One

During Hollywood’s golden age, no mogul was as powerful as Louis B. Mayer. He was revered, feared, respected and reviled around town. While he enjoyed being recognized around Hollywood, he never sought the limelight that other producers in the film colony embraced. For someone whose studio produced some of the most watched motion pictures in the history of the world, his life was shrouded in mystery- and it was just the way he liked it. 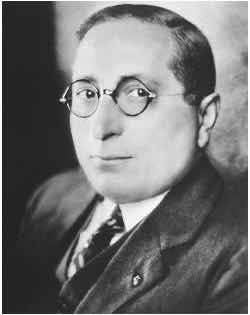 Louis B. Mayer was born in what is now the Ukraine as Lazar Meir in either 1882, 1883, 1884 or 1885. (Various governmental documents filed by Mayer and his family featured different birthdates.) Mayer’s family immigrated to Long Island, New York in 1887 and moved to Canada a few years later. Mayer’s family was extremely poor and his father’s scrap metal business was struggling. Young Louis dropped out of school at age twelve and joined his father in the scrap metal business, collecting junk metal he came across around town. Louis had a rough childhood, becoming the breadwinner for his family due to his father’s difficulty in assimilating to the United States. Louis had to teach himself English and found vaudeville theater to be a welcome break from his rough life.

Louis B. Mayer would eventually leave his family behind and move to Boston, where he would marry Margaret Shenberg and (initially) try to run a scrap metal business of his own. He would soon change his fortunes- and destiny- by turning to the one business he had grown to love- show business.

Posted by Webmaster at 5:09 AM