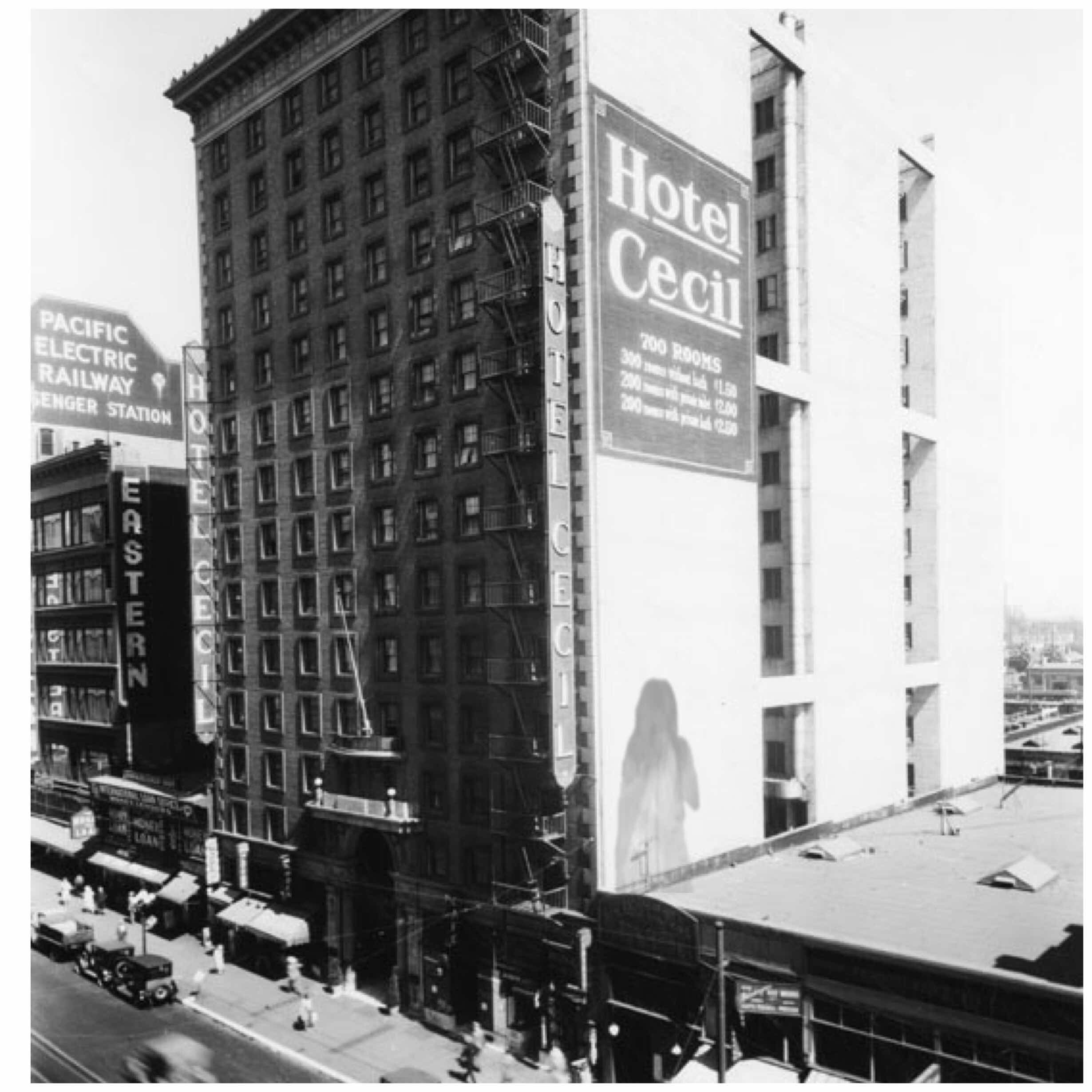 The Cecil Hotel wasn’t actually in Hollywood, but it was meant to take advantage of the show business gold rush that was streaming into town in the late 1920’s. Unfortunately, the Great Depression intervened. While Hollywood wasn’t affected as much as other sectors of the economy, some belt tightening was needed and the money streaming into Hollywood was just a trickle by the time it got to the Cecil. The hotel quickly went into decline, no longer hosting the who’s who of Hollywood. Instead, the hopefuls and the cast offs found their way to the Cecil Hotel. 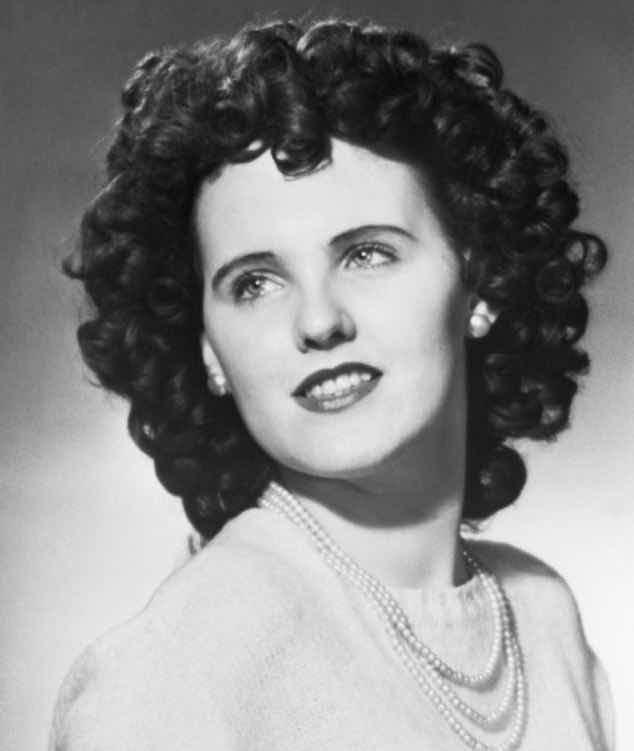 One of the Hollywood wannabes who frequented the Cecil Hotel bar was Elizabeth Short. Ms. Short had arrived in Los Angeles hoping to get a job in Pictures. During World War II, she helped out at the Hollywood Canteen, hobnobbing with brave soldiers and the Hollywood elite. None of these opportunities ever panned out and by 1947, Ms. Short was still crashing on couches, meeting gentlemen in seedy places like the Cecil Hotel and trying to make ends meet. Sadly Short would gain the fame she sought in life due to the horrific circumstances of her death. Her mutilated body, bisected in half, was found several blocks away in an empty field. She reportedly still haunts the hallways of the Cecil Hotel, her ghost looking for the fame and stability that eluded her in life. 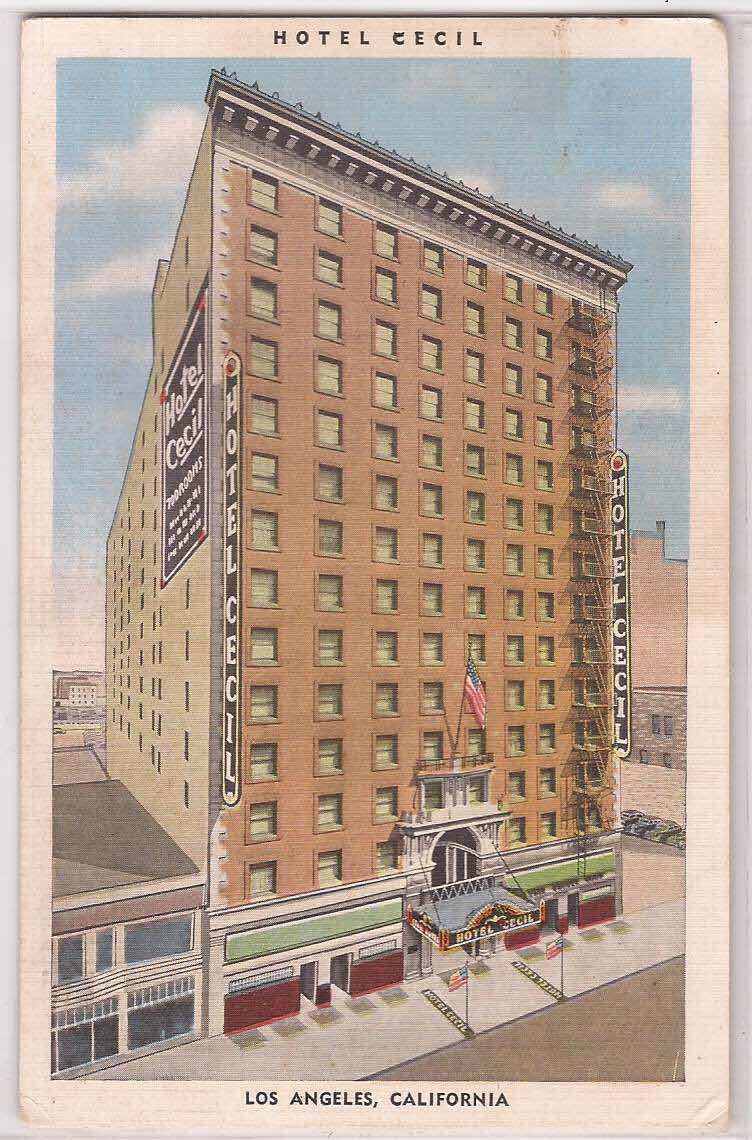 As the Cecil fell into disrepair, so did its surroundings. Los Angeles had undertaken a cruel citywide sweep of the homeless, shoving them into an area unofficially known as skid row. The Cecil Hotel was right in the middle of it all and began getting a reputation as a place you’d want to avoid. The LAPD began referring to the place as the “Suicide Hotel” because it became the place to end one’s life among the locals. The ghosts of those who committed suicide still allegedly roam the halls of the hotel at night. One suicidal woman actually became a murderer on her way out; she landed on top of a poor bystander who was crushed under her body. 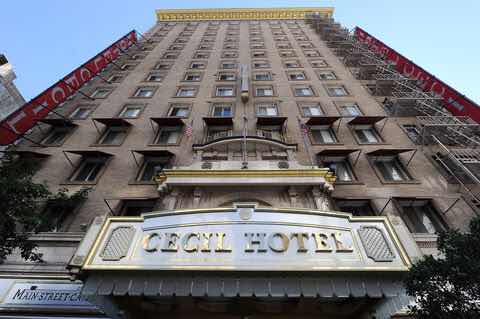 The hotel would continue to House some infamous people like serial killer Richard Ramirez whose “Night Stalker” murders would terrify Southern California in the mid-1980’s. Jack Unterweger, a serial killer who operated under the noses of the LAPD, stayed in the hotel while he committed a series of prostitute murders. 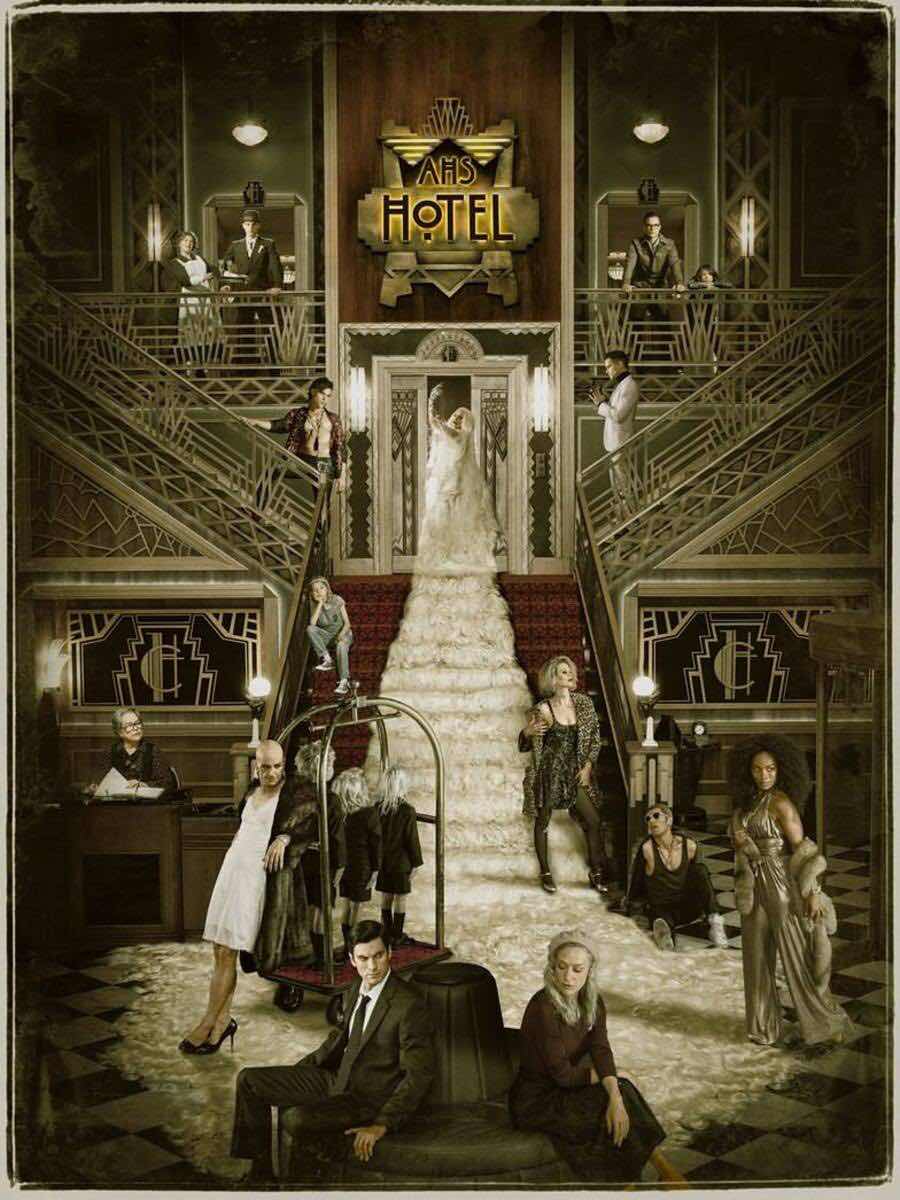 Do some of these stories sound familiar? If you’re an avid watcher of American Horror Story, the Cortez Hotel was based on the Cecil Hotel and many of its stories were based on incidents that occurred there. Today, the current owners of the Cecil are trying to distance it from its haunted, shady past. Would you stay in a haunted, seemingly cursed hotel?
Posted by Webmaster at 5:21 AM