Yesterday, we highlighted the happy times at the famed Hollywood Canteen. Bette Davis and her Hollywood friends were creating wonderful memories nightly. However, not everyone who walked out of the the Canteen had a happy memory of their time there. Gene Tierney's experience in the Canteen was sadly tragic. 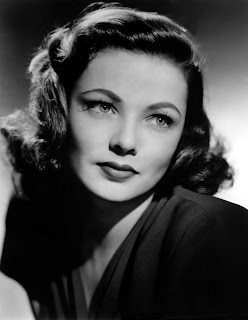 The beautiful Ms. Tierney was born into a blue blooded east coast family that looked down its nose at the acting profession. Acting was something that itinerant lower classes did. When her family visited a Hollywood Studio on vacation, a studio executive instantly offered Ms. Tierney a contract, but her parents refused to allow it. They wanted her to return to the east coast, become a debutante as befitting their wealth and get married. Her father convinced her to try out the debutante circuit and only consider returning to Hollywood if she didn't like it. She didn't like it and he grudgingly agreed to let her try out this acting thing. She returned to Hollywood and soon found herself swept off her feet by struggling fashion designer Oleg Cassini. Her parents forbade her from marrying him, but she defied them yet again. They eloped against her parents' wishes. 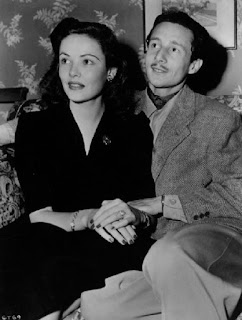 Ms. Tierney soon found herself pregnant, but she chose to keep it quiet at first. Studio policy was to suspend a pregnant woman's contract, leaving her without a paycheck until she gave birth and returned to her pre-pregnancy weight. Mr. Cassini's career had not taken off yet and they couldn't afford to go long without Gene's paycheck. Gene planned to work as long as she could until it was impossible to hide her pregnancy.

One fateful night, Gene decided to visit the Hollywood Canteen to meet and greet the soldiers. The night was uneventful, though Gene would take ill not long afterwards. She was diagnosed with the measles, possibly contracted at the Canteen. Her doctors advised her not to worry about her pregnancy and the effect the measles might have on it. Her daughter was born and began having issues. They soon realized that the measles Gene had contracted would cause lifelong health problems for her daughter. Gene was devasted.

Years later, at a meet and greet, a young woman approached Gene. Did Gene recognize her, she queried. Gene admitted that she did not and the young woman mentioned having met her years earlier at the Hollywood Canteen. She said that she was such a big fan of Gene's that she went out to see her that night despite having the measles. Gene chose not to confront the woman whose selfish decision had caused so much grief. She merely just retreated from the situation. It is not known whether the woman ever realized what she had done.

Famed British author Agatha Christie wrote a fictionalized version of the encounter in her book The Mirror Crack'd. It would be one of the rare times when a real life event was used as the inspiration for one of Ms. Christie's mystery books. In the 1980 film The Mirror Crack'd starring Angela Lansbury, Elizabeth Taylor played the fictional actress who is confronted by the selfish fan who would end up dead. Did the grieving mother commit a murder? Angela Lansbury's Miss Marple spends the film trying to find out. This film would inspire CBS to cast Angela in Murder, She Wrote. 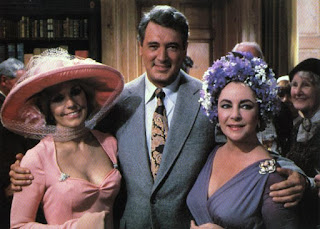 Posted by Webmaster at 5:13 AM