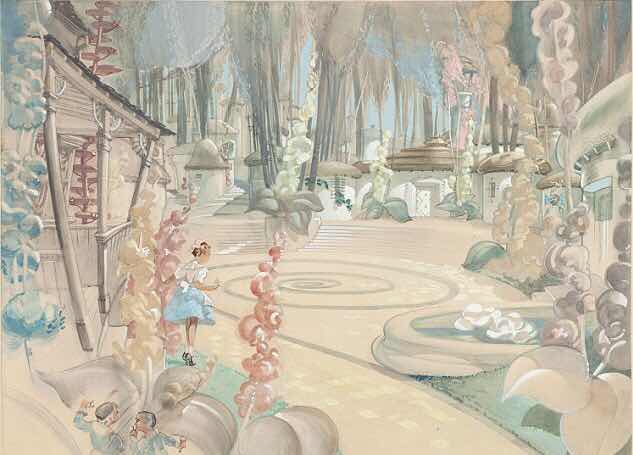 Once The Wizard of Oz was greenlit, the massive MGM production machine went into action. The script hadn’t been completed yet, but producer Mervyn LeRoy knew that Munchkinland, the Yellow Brick Road and The Emerald City would be major set pieces. MGM’s famed set crew was authorized to begin building the sets while the script was being worked on. 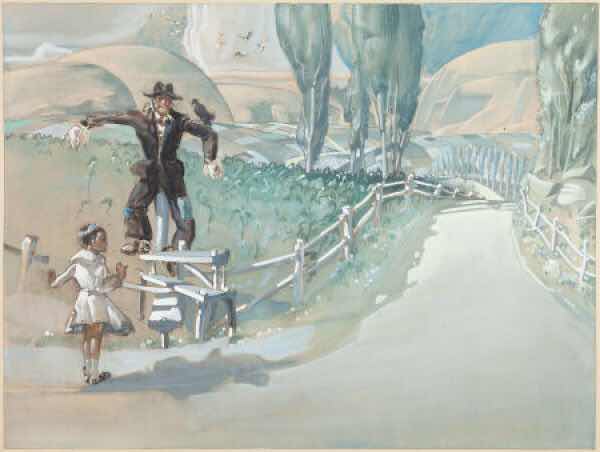 The first draft was soundly rejected. It ignored the fantasy aspect of the film and made Dorothy’s three friends regular guys whose defining traits were more realistic. In the first draft, the first friend she came across wasn’t a scarecrow come to life; it was an extremely stupid man who could only find work trying to scare crows in a field. The tin man would have been a heartless criminal who had been sentenced to live in a tin suit. The idea of Oz being a more grounded, realistic world had been previously explored in the 1925 version produced by Samuel Goldwyn. Louis B. Mayer wanted a more fanciful version, capable of competing with Walt Disney’s animated films. This idea was scrapped, though the ‘it was all a Dream’ aspect of the final film was inspired by this draft. 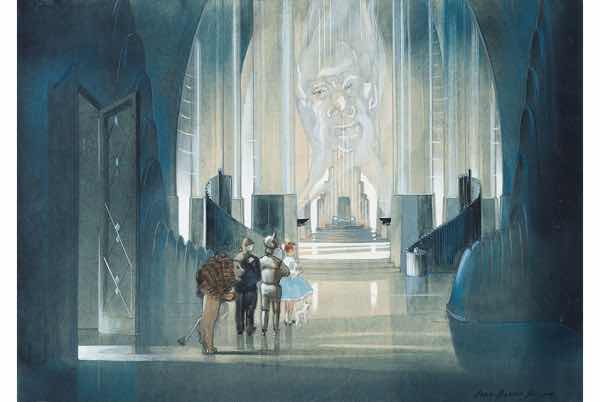 While set preparation and casting was going full speed ahead, script development was lagging behind. The final shooting script was completed on October 8, 1938, officially credited to Noel Langley, Florence Ryerson and Edgar Allan Woolf. The full list of script contributors, however, included over ten people. Among the others who contributed to the script were Hollywood legends Victor Fleming, Herman J. Mankiewicz, King Vidor, Bert Lahr and Jack Haley. 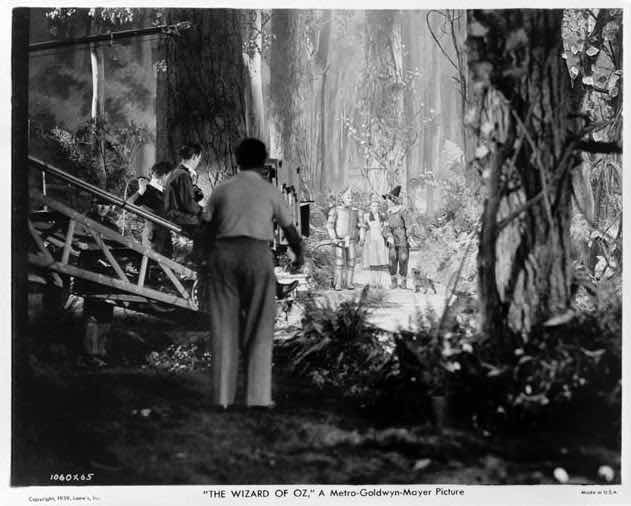 Amazingly, filming would begin just five days after the script was finalized. Could a huge production made from a frankenscript that had barely been finished five days before production began finish in time and turn out to be any good? Maybe not at lesser studios, but this was MGM. Even more amazingly, script problems would be the least of Louis B. Mayer’s worries. Things wouldn’t get easier for this trouble-plagued production.
Posted by Webmaster at 5:45 AM