Carl Laemmle was the founder of Universal Pictures who started his business in New York. After famed inventor Thomas Edison began clamping down on unauthorized use of his patents in the motion picture industry, Mr. Laemmle and other early film pioneers moved their businesses out west. Mr. Laemmle bought a huge parcel of land in Northern Los Angeles to build his studio on. 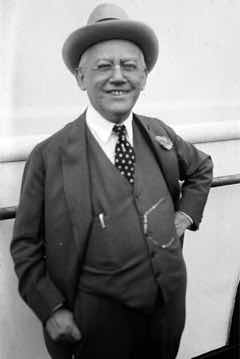 Years before the current theme park and Universal Studios Tour, Mr. Laemmle pioneered the idea of inviting the public onto the studio lot to experience the magic of filmmaking. This was the silent movie era, so having guests on the sidelines watching and cheering the action caused no problems for the productions. 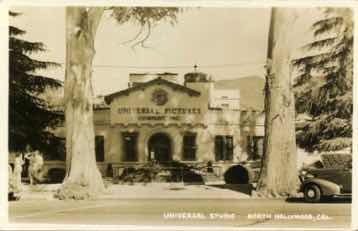 When the sound era burst onto the scene, outside crowds were banned from the property. The company wouldn't re-open its gates to the public until 1965 when it decided to take advantage of the tourists drawn by DISNEYLAND to offer a studio tour and themed attraction.

Posted by Webmaster at 5:32 AM